Recruiting men to do a lot for a Little.

One of the biggest challenges facing Big Brothers and Big Sisters is the national shortage of male volunteers. To address this issue, the National office published a challenge for all regional and local chapters to recruit 100 men in 100 days.

Various communities saw an emergence of various messaging platforms in hopes to recruit the needed men. A more common campaign theme was the "Man Up" campaign used across the west coast. But as our team dove deep into the challenge, we found the "Man Up" messaging to be... condescending.

Taking a completely different approach to other markets, we pulled together a focus group of men, some who had been a Little themselves, had been a Big, or were interested in becoming one, and asked them what were the issues preventing them from committing to signing up as a volunteer.

The session was illuminating. We found, surprisingly, that aside from a fear of time commitment, all of the men feared that they weren't sure if they could have a positive impact on a child. The feelings of inadequacy were palpable in the room, and the men who had been volunteers reassured the others, that they really didn't need to do much—just being there is what matters most.

Our creative team got to work, using this as inspiration. We launched the "Do a Lot for a Little" campaign to elevate the need for more male volunteers, but to also put those worries and fears of inadequacy to rest. The campaign was successful and saw 135 men sign up during the campaign period. 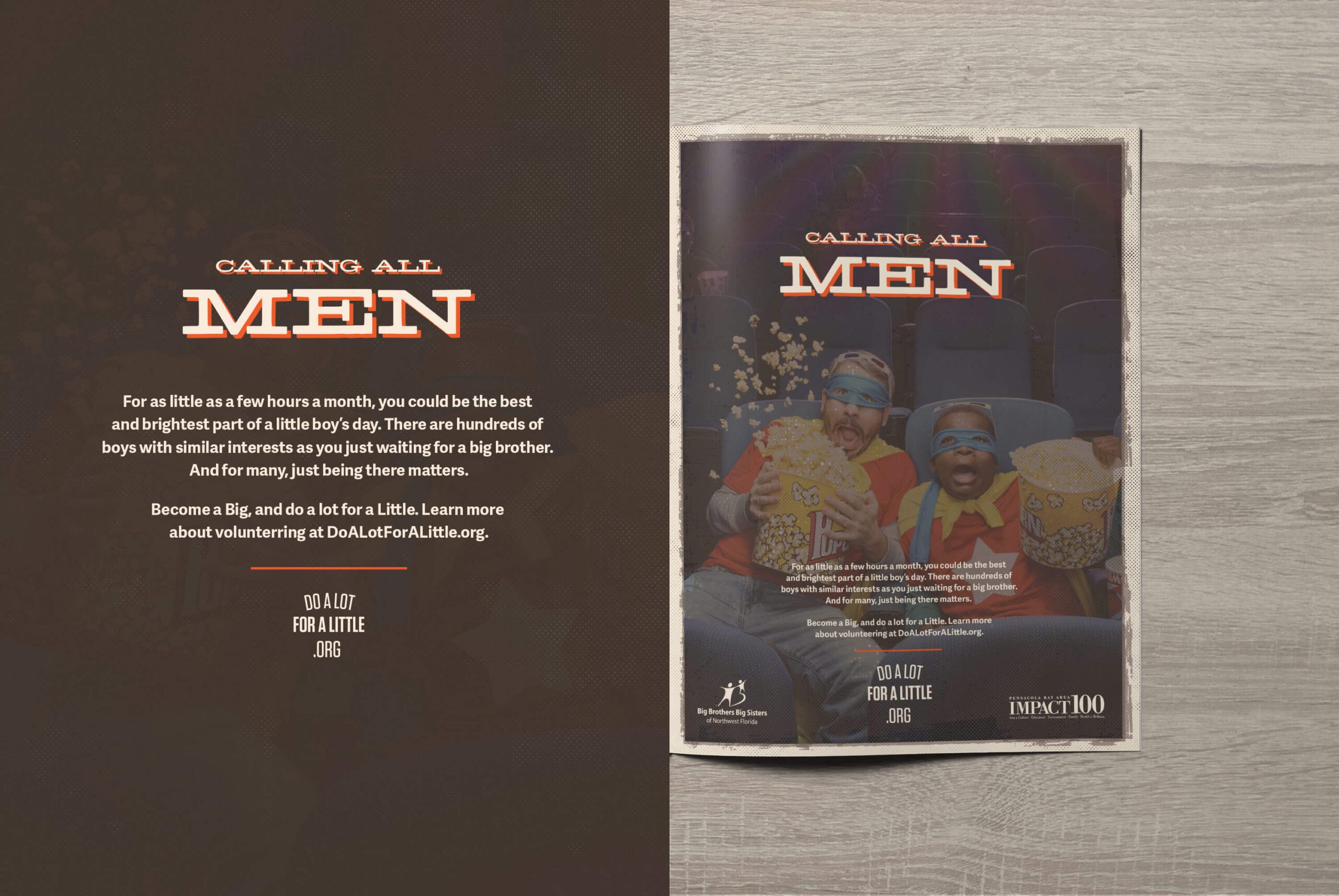